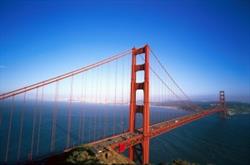 California’s Supreme Court will hear a case that challenges the constitutionality of the state’s long-standing medical malpractice cap on non-economic damages. And while an increase to the cap was recently rejected in an election day vote on Proposition 46, the state’s judiciary system could come to a different conclusion.

In the case, Hughes v. Pham, Trent Hughes brought a medical malpractice suit against Christopher Pham, claiming that the physician’s delay in treatment of injuries that Hughes sustained during an ATV accident resulted in irreversible damages which left him a paraplegic. Hughes was awarded $2.75 million in non-economic damages by a trial court. However, in accordance with state law (the Medical Injury Compensation Reform Act of 1975), this award was reduced to $250,000. Hughes appealed. According to Modern Healthcare:

The plaintiffs argue that the cap violates constitutional guarantees of equal protection, the right to a jury trial and separation of powers. They argue that the cap "arbitrarily and irrationally singles out the most severely injured victims of medical malpractice for unfavorable treatment," according to court documents.

Groups in favor of changing the state’s medical malpractice cap applauded the Supreme Court’s decision, including Consumer Watchdog, which had written a letter requesting that the court examine the constitutionality of the nearly 40-year-old law.

However, it is not certain that the court will examine the constitutionality of the cap. The court may instead look at how non-economic damages are paid out, and whether this should be changed. The court may send the case back to the appeals court after a decision is reached in Rashidi v. Moser. Keep up with us on our blog for more information as the case proceeds.