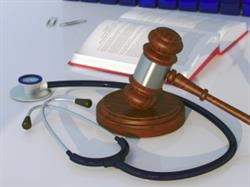 A medical malpractice case that was appealed to the Supreme Court in Oregon not only saw the success of the plaintiff’s appeal, but also a change in Oregon law with regard to the way juries must render verdicts in trial courts in the state.

"For decades, circuit court judges across the state have been telling 12-person juries that in order to reach a lawful verdict in a civil case, at least nine of the same jurors must agree on the answers to each of the questions before them," according to Oregon Live.

Despite this fact, the trial court judge found the verdict lawful. Wheeler appealed, and the appellate court threw out the verdict. The case was appealed to the Oregon Supreme Court, which found that the trial court’s verdict was lawful. This means that no longer in Oregon will 9 of the same jurors have to agree on all aspects of the verdict in order for it to be lawful, which will help medical malpractice victims obtain the compensation to which they are entitled.