Woman Dies as a Result of Medication Error at Oregon Hospital 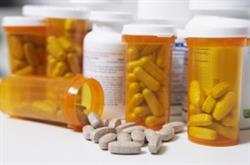 A 65-year old woman died last week after being given the wrong medication during an emergency room visit at a hospital in Oregon.

The woman had had brain surgery in Seattle in which a benign brain tumor was successfully removed. She began experiencing anxiety and was concerned about the medications she was taking post-surgery. She went to the emergency room in Oregon, where doctors determined that she needed a medication known as fosphenytoin, an anti-seizure medication administered intravenously. However, she was mistakenly given rocuronium. This medication is used during general anesthesia to relax the throat, and is a very strong paralyzing agent that prevents communication between the nerves and muscles.

The rocuronium caused the woman to stop breathing and suffer a cardiac arrest and subsequent loss of oxygen to the brain, causing a permanent brain injury. She was placed on life support before being removed on December 3rd.

The hospital is investigating the error, and a spokesman for the hospital has acknowledged that a medication error was made. The family of the woman has not yet decided if they will file a medical malpractice suit.

Medical negligence claims the lives of more than 200,000 people every year in the United States, according to a study in the Journal of Patient Safety. This number may even be as high as 440,000. You can learn more about medication errors and medical malpractice in our blog.