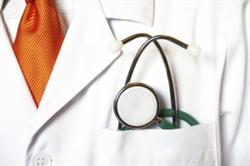 A Connecticut woman whose colon was punctured during a hernia operation in 2008 at Danbury Hospital was awarded $12 million in damaged by a jury in a medical malpractice case last week.

The woman, Vivian Gagliano, filed suit in 2010 against the hospital and two doctors who performed the operation, Venkata Bodavula, and Joseph Gordon. The medical malpractice claim alleged that the doctors were unaware that the Gagliano’s colon had been punctured until after they had closed the surgical wound. This in tern lead to her to develop severe medical conditions, including an abdominal infection, septic shock, a heart attack, failing organs, and ultimately, a month-long coma. Gagliano says she has suffered permanent injuries as a result.

Gagliano was also unaware that one of the doctors, doctor Bodavula, was a surgical resident at the time of the operation. Bodavula claims that though he helped Gordon begin the operation, Gordon was ultimately responsible for the perforation of the colon. Gordon had settled claims against him prior to the trial. Hospital officials are considering an appeal.