Hospitals, Doctors, and Medical Malpractice: Who is at Fault? 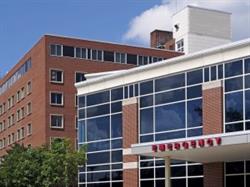 For example, if the patient is not made aware that the doctor is not an employee of the hospital, the hospital can be sued for medical malpractice. This would fall under what’s called an apparent agency theory. This can happen during emergency room visits, where the focus is on immediate treatment of the patient. If an ER patient was not informed of the status of the doctor’s employment, and at that time the patient believed the doctor to be an employee of this hospital, the hospital could be sued for malpractice.

Another exception is if a hospital gives staff privileges to a non-employee doctor who is known (or should be known) to be incompetent or dangerous. For example, a doctor with a drug addiction that the hospital knows about or should have known about.

Hospitals are also liable for medical malpractice when an employee (doctor, nurse, etc.) does not meet the standard of care.