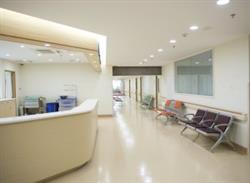 Children’s Hospital in New Orleans is coming under scrutiny after recently informing the public of an 11-month fungal outbreak which took place in the hospital in 2008 and 2009. The outbreak involved the fungus mucormycosis, which causes fatal infections. The fungus was transmitted through the hospital by means of the hospital’s bed linens. During the outbreak, 5 children died after being exposed to the fungus and developing the resulting infection.

Because of Louisiana’s strict medical malpractice laws, three families are suing the hospital, not the doctors who were involved. Their argument is that "exposing children with weakened immune systems to a deadly fungus was general negligence on the part of the hospital administration, not medical malpractice by a doctor." In the two cases that have already been decided, judges have sided with the families, denying the hospital’s attempt to dismiss the claims.