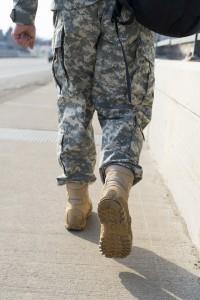 Every year, nearly 9 million veterans seek treatment at hospitals and clinics in the Department of Veterans Affairs network. Unfortunately, according to new information uncovered by VA investigations, these veterans may not be getting the treatment they need in a timely fashion, and the hospitals and clinics themselves may be covering up this fact by falsifying patients records.

According to USA Today, "Clerks at the Department of Veterans Affairs clinic in Fort Collins were instructed last year how to falsify appointment records so it appeared the small staff of doctors was seeing patients within the agency’s goal of 14 days, according to the investigation." The reason for this being that if patients were not seen within 14 days, the facility would be placed on a "bad boy list."

The news of the falsification of records comes at a time when the VA is already under scrutiny after it was discovered recently that "23 deaths of veterans were linked to delayed cancer screenings dating back four years. More recently, a retired doctor, Sam Foote, alleged that 40 other veterans died because of treatment delays at a VA hospital in Phoenix."

President Obama met with VA Secretary Eric Shinseki on Wednesday, May 21st, and stated that if the allegations are true that there will be consequences.