Physician Fails to Disclosure Lack of Malpractice Insurance to Patient 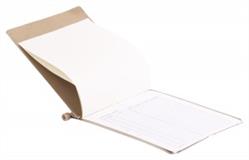 A physician in New Jersey failed to disclose to a patient that he did not have malpractice insurance for the procedure he was performing, and the surgical center where the procedure was performed did not confirm the status of the physician’s coverage. The botched surgery resulted in additional health problems for the patient and did not resolve the original problems.

The case centers on a plaintiff who sought treatment for back pain from the defendant anesthesiologist in September 2005. The defendant "diagnosed the plaintiff with a herniated disc in his lumbar spine, lumbar radiculopathy, and with discogenic back pain." The defendant then recommended a surgical lumbar fusion as treatment, in spite the fact that his medical malpractice insurance did not cover spinal surgery. The defendant performed the surgery without informing the patient of this fact.

After the surgery, the patient experienced new pain and injuries. Other surgeons performed a corrective surgery to remove mesh cages and screws the defendant had put in the plaintiff’s back, which were pinching a nerve. His condition improved but he continued to suffer from left foot drop.

The plaintiff filed a medical malpractice suit and was awarded $1.14 million in damages. However, his claims of deceit and battery (due to a lack of informed consent) were rejected by two lower courts. The case was recently heard in New Jersey Supreme Court, where the court will decide if physicians in the state are obligated to disclose that they lack medical malpractice coverage for a procedure. The court will also determine "whether a surgical center where the uninsured physician performed the procedure can be held liable for failing to confirm that a physician using its facility has the proper medical malpractice insurance coverage."