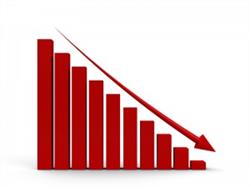 Medical malpractice insurance premiums are continuing to decline, according to new data from the 2014 Medical Liability Monitor Annual Rate Survey. Premiums have on the whole been declining steadily for nearly a decade, and any increases in premiums are slight. According to the Medical Liability Monitor "While many attribute the declining rates to increased competition for a shrinking market, the industry’s historic profitability has been buoyed by historically low claims frequency and indemnity severity as well as healthy reserve releases."

Low claims have been attributed to tort reform of the early 2000’s which took place in states across the country. Interestingly, while tort reform has commonly been cited as a means of reducing healthcare costs in hospitals, a new study by RAND Health found that tort reform did not result in any significant decrease in costs.