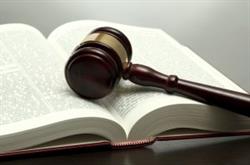 Defensive medicine is the practice of taking extra caution with patients to ensure that physicians do not find themselves liable for medical malpractice. Physicians may order extra testing or lab work to ensure that a diagnosis is correct. These extra steps cost money. In fact, "A 2010 study even pegged the cost of needless care motivated by fear of malpractice lawsuits at $210 billion a year."

The researchers set out to find whether defensive medicine was in fact motivated by a fear of medical malpractice lawsuits. The data used were more than 3.8 million Medicare records from 1,166 hospitals. Within these data, the researchers looked at the money spent on emergency room bills, the likelihood a patient would be admitted to the hospital, and money spent on additional testing ordered in the three states with the strictest medical malpractice tort reforms: Texas, Georgia, and South Carolina. In these states, emergency room doctors can only be sued for gross negligence, "in which the doctor knows that a treatment will likely cause serious injury, yet does it anyway." It also looked at the same data in neighboring states to serve as a point of comparison.

The researchers found that there was "no difference in nearly every measure before and after the three states changed their laws." The only noticeable change was in Georgia, which saw a slight (3.6%) decrease in average emergency room charges. From Reuters:

"Although there was a small reduction in charges in one of the three states (Georgia), our results in aggregate suggest that these strongly protective laws caused little (if any) change in practice intensity among physicians caring for Medicare patients in emergency departments," the researchers conclude in the report.