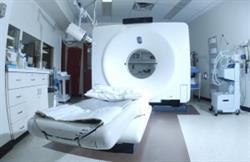 As we discussed in a previous blog, a health care provider’s failure to diagnose can be considered medically negligent and may be the basis for a medical malpractice suit if this failure to diagnose results in serious injury or death. In a recent example from a suit in Texas, a failure to diagnose lead to an unnecessary kidney transplant and a delay in diagnosis of cancer of eight months.

The case begins in January 2012 when Geralda Mata Rodriguez went to a hospital in Waco complaining of headaches. She was also found to have elevated blood pressure. A radiologist at the hospital took a CAT scan of her head and "noted ‘temporal bone irregularities,’ and said ‘it would be difficult to exclude metastatic disease or multiple myeloma,’ according to the lawsuit." Multiple myeloma is a cancer of plasma cells, which are a kind of white blood cell found in bone marrow. Metastatic disease refers to the ability of this cancer to spread to other parts of the body.

Prior to her hospital visit in January 2012, Rodriguez had been in consultation with Dr. Robert Joseph Sumagpao Go and Central Texas Nephrology Associates regarding a kidney transplant. An evaluation had found that Rodriguez’s granddaughter "was a suitable candidate to donate a kidney." The granddaughter, Geralda Morales, served as the donor for the transplant, which was performed on Feb. 1, 2012 in San Antonio.

In August of 2012, Rodriguez was formally diagnosed with multiple myeloma, even though the CAT scan in January had found evidence of this cancer in her body eights months prior. Rodriguez died in January of 2013, a victim of the cancer.

The lawsuit, filed by Geralda Morales and her grandfather Martin Rodriguez, alleges that Dr. Go was medically negligent in his failure to review the January CAT scan before allowing the kidney transplant to proceed. Had he reviewed the CAT scan, he would have seen that Rodriguez was showing signs of multiple myeloma, which would have alerted him to the fact that the transplant would have been of no value to Rodriguez. According to the Waco Tribune, "Geralda Morales suffered medical expenses, lost earnings or earning capacity, physical pain, mental anguish and physical impairment, the lawsuit alleges."