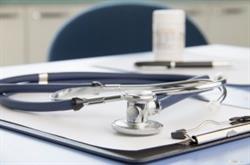 A medical malpractice verdict in Maryland for the plaintiff in a case of a failure to diagnose was upheld by the Court of Special Appeals of Maryland in March. However, the court did find that the trial court had improperly reduced the award of non-economic damages in the verdict, which led the appellate court to further reduce them pursuant to Maryland law.

The case began in February 2008, when a 26-year-old woman with a family history of colon polyps, saw her primary care physician after experiencing blood in her stool, weight loss, bloating, and gastrointestinal pressure. The woman was referred to a gastroenterologist for analysis by an endocsopy and colonoscopy.

The endoscopy and the colonoscopy revealed the following:

The gastroenterologist told the woman that these tests had ruled out the possibility of cancer, and attributed the bleeding she was experiencing to hemorrhoids or benign telangiectasias. This was despite the fact that he did not see any bleeding during testing, thus making it impossible for him to make an undisputable diagnosis.

About 2 years later, in November 2009, the woman began experiencing strong rectal bleeding. The gastroenterologist again attributed it to hemorrhoids or a distal source. He ordered further testing, and in December performed a sigmoidoscopy which found a polyp in the woman’s rectum. Later that month she was diagnosed with stage III colorectal cancer. The cancer had metastasized, and the woman died from cancer despite intensive treatment.

At trial court, the jury found in favor of the plaintiffs (the woman’s parents), and awarded them ~ $3.2 million for a wrongful death claim, and awarded the woman’s estate ~ $.26 million. The noneconomic damages were reduced to the level of the cap in 2009. The appellate court, while it upheld the verdict, found that the damages had not been reduced correctly, and further reduced them in accordance with Maryland state law.