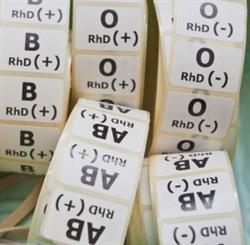 The medical malpractice trial recently began in Michigan for a woman who alleges that a blood type error due to a mix-up at the hospital led to serious injuries, including kidney and lung failure. The lawsuit was first filed in September 2013.

The plaintiff went to the hospital in June of 2011 to have blood drawn for laboratory tests. However, the medical technician mixed up her blood draw with the blood draw from another patient. This caused the hospital to think that the woman had A-positive blood, but she was actually O-positive. ‘

She received a transfusion of A-positive blood and displayed symptoms that suggested incompatible blood. However, the hospital gave her another blood transfusion the next day, again with A-positive blood. After the second transfusion, she suffered a respiratory arrest, from which she was revived and transferred to the intensive care unit in critical condition. "She was subsequently airlifted to another Michigan hospital, where she remained an inpatient for three weeks. Her Michigan medical malpractice lawsuit alleges that she suffered kidney and lung failure as a result of the hospital’s negligence."

What are the Consequences of Incompatible Blood?

The consequences of an incompatible blood transfusion, as evidenced in this case, can be very severe. There are four blood types, being A, B, AB, or O. Blood is also Rh-positive or Rh-negative.

People with type AB blood can receive a blood transfusion from any blood type, making them universal recipients. In addition, those with type O blood are called universal donors, as almost anyone can accept type O blood.

When someone receives a blood type they’re incompatible with, the antibodies in their blood attack the new blood. This can result in severe injury, and even death.

Medical negligence that results in an incompatible blood transfusion, which itself results in a serious injury, can be grounds for a medical malpractice suit.