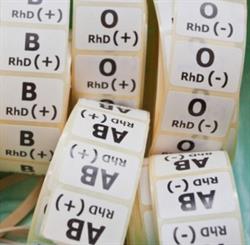 The lawsuit filed by the woman’s estate alleges that she was given Type A blood in a blood transfusion, but she had Type B blood. Due to the incompatibility of the two blood types, the woman experienced serious complications and pain and suffering, leading to her death on the same day the transfusion took place.

"The plaintiff alleges that the medical negligence included the failure to properly communicate between the blood bank and the nursing staff at the hospital, the failure to follow proper protocols and procedures that would have avoided the improper blood transfusion, the hospital’s failure to provide safeguards that would have prevented clerical errors that led to the woman’s fatal injuries, and negligently transfusing the woman with the wrong type of blood," according to medicalmalpracticelawyers.com.

Blood transfusions must be performed with the right blood type. If the wrong type of blood is transfused, the antigens on the red blood cells will be incompatible and trigger an immune response. This response is often severe and can result in serious injury or even death. Below is an overview of the blood types and their compatibility.

From the Red Cross:

There are four major blood groups determined by the presence or absence of two antigens - A and B - on the surface of red blood cells:

Group O can donate red blood cells to any other group.

Group A can donate to A and AB.

Group B can donate to B and AB.

Group AB can donate to AB only.