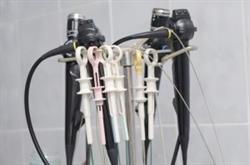 The FDA issued a statement last week attributing the outbreak of a drug-resistant bacteria at a UCLA hospital to a contaminated endoscope. The statement warned of the inherent dangers of this specific type of endoscope (known as a duodenoscope) that contributed to the spread of the disease, and issued guidance to healthcare providers as to how to sterilize the devices in order to prevent cross-contamination.

What is an Endoscope?

An endoscope is a flexible tube that is inserted into the body via the mouth or an incision. Small cameras and instruments are attached to the end of the tube to allow doctors to see inside the body and perform treatment.

The warning was issued after it was discovered that an outbreak of carbapenem-resistant Enterobacteriaceae (CRE) at a UCLA hospital was found to have been caused by cross-contamination from an endoscope used during a procedure known as endoscopic retrograde cholangiopancreatography (ERCP).

"More than 500,000 ERCP procedures using duodenoscopes are performed in the United Sates each year, often to drain fluids from pancreatic and biliary ducts blocked by cancerous tumors, gallstones, or other conditions," according to Medscape.

The problem was that the endoscope used to perform the procedure is very difficult to fully clean (known as reprocessing). This is because one part of the devices has microscopic crevices that brushes used to clean the device cannot reach. "A recent engineering assessment conducted by the FDA and a growing body of literature point to design issues in duodenoscopes that complicate reprocessing of these devices," according to Medscape.

The FDA released a number of recommendations for the reprocessing of duodenoscopes, which you can read here. The FDA also advised health care providers to inform patients of the risks associated with ERCP procedures, and to consider stopping the use of a duodenoscope that may have contributed to an infection "until it has been verified to be free of pathogens."

The FDA also noted that "For most patients, the benefits of ERCP outweigh the risks of infection. ERCP often treats life-threatening conditions that can lead to serious health consequences if not addressed."