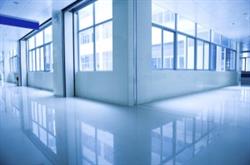 An Illinois man has been awarded $3.157 million in a medical malpractice suit in which he alleged that the defendant doctor was negligent in regards to his treatment, which ultimately led to the loss of the man’s left leg. This verdict is reportedly the largest ever for an amputation in the county in which the case was filed.

The man (now 65 years old) was first admitted to a local hospital in August 2010. He had a history of peripheral vascular disease in his legs. The man had been complaining of dizziness and weakness, and it was believed that he was suffering from an upper gastrointestinal bleed. He also had wounds to his left leg.

The defendant general surgeon decided to use a special boot known as an Unna Boot to treat the man’s left leg wounds. This boot is specifically designed to manage venous insufficiency, along with other conditions. The blood flow to the man’s leg was only at 41% when the boot was applied, and the boot remained on his leg for a total of 5 days. After the boot was removed, necrotic tissue was discovered in the left leg. This necessitated two amputations, one below the knee and a second above the knee.

In his medical malpractice suit, the man alleged that the boot should not have been used because of the fact that the blood flow to his leg was only 41% when it was applied. He also said that the defendant did not offer surgical options to restore this blood flow and did not consult with a vascular surgeon to go over these options.

The jury found that the defendant surgeon was indeed negligent in his treatment, which led to the need for the man’s left leg to be amputated.