Can You File a Medical Malpractice Suit Against a Chiropractor? 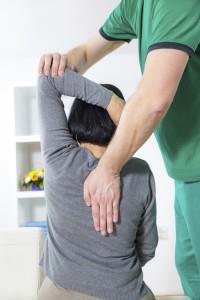 Medical malpractice cases against chiropractors are not as common as those against medical doctors. The main reason for this is that injuries caused by a chiropractor’s negligence are (a) usually not serious enough to warrant a medical malpractice suit, and (b) can be difficult to prove, considering they are frequently an exacerbation of a preexisting condition.

Regardless, chiropractor negligence resulting in serious injury can be the basis for a medical malpractice suit. In terms of negligence, chiropractors are not held to the standard of care to which medical doctors are held. A chiropractor is expected to do what another reasonable chiropractor would have done in the same situation.

Chiropractors are usually negligent in one of the following two ways:

Negligent treatment usually occurs during an adjustment, which makes an existing injury worse or creates a new injury. More serious injuries include nerve damage, herniated discs, or neck injuries. Neck injuries can be particularly dangerous. This is because when the chiropractor is working on a patient’s neck, he or she can inadvertently block or rupture arteries that connect to the brain, such as the vertebral artery. This can result in a stroke.