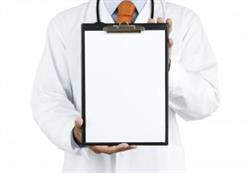 Wisconsin Senator Nikiya Harris Dodd is planning to introduce a bill into the state legislature that would make a small but significant change in the state’s medical malpractice law. Wisconsin is known as one of the strictest states in the nation when it comes to malpractice law, and while Harris Dodd’s proposed change would not cause any substantial change, it would rewrite a portion of the law that deals with parents suing for the wrongful death of their children in cases of medical malpractice.

Harris Dodd is proposing a law known as "Erin’s law" that would allow parents to sue for noneconomic damages in cases of wrongful death as a result of medical malpractice. Parents would be allowed to sue for wrongful death for children who were under 27 years of age. The law however does not address the reverse situation, in which an adult child suffered the loss of a parent due to medical malpractice. Adult children in the case would not have legal recourse.

The law is named Erin’s law after Erin Rice. Rice died in 1999 at the age of 20 after a misdiagnosis by an emergency room physician. Her father has been advocating for a change in the law since her death.