Wrong Site Surgery Does Not Result in Disciplinary Action 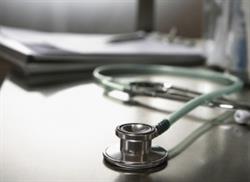 A neurosurgeon in Missouri did not receive any disciplinary action after he operated on the wrong side of a patient’s brain during a surgery in 2013. The State Board of Registration for the Healing Arts conducted an investigation into the incident after a medical malpractice lawsuit was filed and completed on behalf of the patient. The investigation was closed with no action.

The case involves a 53-year-old woman who had a history of mini-strokes. She was to have a craniotomy bypass in order to rectify this condition. The surgery was to take place on the left side of her head. Despite the fact that ink was clearly marked on the left side of her head, a fact which photo evidence proved, the operation took place on the right side of the patient’s head. She had to have surgery again a few days later on the left side. The error left the patient bound to a wheelchair and with unintelligible speech.

A medical malpractice lawsuit was filed on the woman’s behalf against the defendant neurosurgeon, and the case was settled out of court. However, the neurosurgeon did not suffer any further consequences as a result of this grave error, medicalmalpracticelawyers.com reports.

It may seem hard to believe, but wrong side/site operations can and do happen, and when they do the consequences can be disastrous. But how can you know that the physician you’ve chosen is trustworthy when the errors he or she may have committed in the past have not resulted in any disciplinary action?

There are a number of steps you can take to vet health care providers. Make sure to check the status of their license on the website of the state’s board of physicians. This is the link to the Maryland Board of Physicians website and their license lookup.

Another important step to take is to research the physician online. While he or she may not have received disciplinary action for past mistakes, news of the mistake may have been made public, as it was in this case. Learn more about researching a doctor’s medical record in our blog.