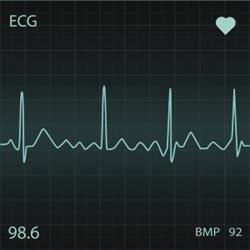 A medical malpractice plaintiff has been awarded $3 million in compensatory damages in a wrongful death medical malpractice case. The plaintiff (now deceased) alleged that the two defendants were negligent in their handling of the results of his cardiology results, which ultimately led to his death. Learn more about this case below.

The now deceased plaintiff was 66-years-old in January 2008. At the time he was suffering from aortic stenosis. His primary care physician referred him to another physician for an echocardiogram. The physician interpreted the results of the echocardiogram to be that his "aortic stenosis appeared to look more severe in the images than the measurements suggested," according to medicalmalpracticelawyers.com. This spurred the primary care physician to refer the man to a cardiologist. The cardiologist ordered a stress test, which indicated "a reduction in heart function although it did not show any cardiac defects."

What follows is where the alleged negligence occurred.

About a year later, in early 2009, the plaintiff began having breathing problems and edema (excess fluid) in his leg. His primary care physician ordered another echocardiogram in April 2009, which showed "worsening aortic stenosis." His condition worsened and he was hospitalized. Efforts were made to treated his condition, "but the plaintiff was deemed to not be a candidate for aortic valve replacement at that time and he died in May 2009."

The trial jury found the primary care physician to be 60% liable for the plaintiff’s injuries, and the cardiologist to be 40% liable, meaning the damages will be split accordingly.