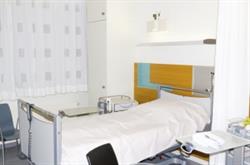 The family of a deceased woman who died as a result of a fall from her hospital bed have received $270,000 in a wrongful death medical malpractice verdict in California. The family alleged that the hospital was negligent in allowing the woman to leave her hospital bed unassisted, and was also negligent in the actions of its staff that were taken after it was discovered the woman had fallen out of her bed. Learn more about this case below.

The fall occurred in 2012 at a California hospital. The 90-year-old woman had been admitted to the hospital and was being monitored for atrial fibrillation, also known as irregular heartbeat.

Furthermore, the family also alleged in their wrongful death medical malpractice lawsuit that after the woman fell, "the staff placed the woman back in her bed without implementing full C-spine precautions and without considering the obvious serious fracture of her femur, and the staff failed to transport the woman to the emergency department for evaluation." In addition, the family also alleged that the hospital had not told them how the woman sustained her injuries. "The coroner had determined that the woman died as a result of blunt force trauma from the fall."