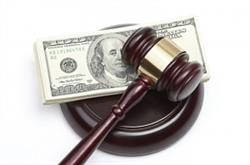 The District Court of Appeal of the State of Florida Fourth District filed its opinion in the case on July 1.The Case

The plaintiff in the case was a Florida woman who had outpatient surgery in 2007 that required general anesthesia. During intubation, a tube perforated her esophagus, so when she awoke she complained of pain in her chest and back. The anesthesiologist, unaware that the woman’s esophagus had been perforated, ordered medication for the pain.

The patient was discharged from the hospital and returned home. Her neighbor checked on her the next day. The neighbor found her unresponsive and took her to the emergency room. The perforation in her esophagus was discovered, and surgery was performed to repair it. However, she had to remain in a drug-induced coma in the ICU for several weeks, and needed additional surgeries and intensive therapy. She also suffered pain and mental disorders and loss of independence due to her body’s physical limitations.

The woman was awarded $4.7 million in damages by a trial jury, $4 million of which were non-economic damages. These were reduced substantially in accordance with Florida state law, as well as the fact that "the defendant hospital’s share of liability was capped at $100,000 by virtue of the hospital’s status as a sovereign entity," according to medicalmalpracticelawyers.com.

The plaintiff appealed, and the appellate court found that the cap on non-economic damages was unconstitutional under Florida state law. The appellate court also referenced a previous decision made by the state’s Supreme Court that held that the cap on non-economic damages in wrongful death cases was unconstitutional, in order to hold that the same held true for personal injury suits, "as they violate equal protection."