Informed Consent and Malpractice Claim Not Separate in Unique Case 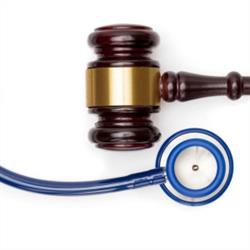 The case concerned the alleged wrongful death of a woman who was admitted to the emergency room of the defendant hospital on February 12, 2010. She was suffering for decubitis ulcers on her buttocks, as well as a number of other health concerns including multiple sclerosis, osteomyelitis (bone inflammation), loss of bladder control, and chronic obstructive pulmonary disorder.

She was hospitalized for 2 ½ weeks and received treatment that included antibiotics and narcotic painkillers. "On the afternoon of February 26, 2010, the defendant hospital informed her family that the prognosis was poor and that she was a candidate for hospice care. Later that day, the decedent's doctors initiated hospice care by discontinuing her antibiotics and administering increased doses of painkillers (the family denied that they consented to the change to hospice care). The decedent died on March 1, 2010," according to medicalmalpracticelawyers.com.

The family of the decendent woman filed a wrongful death suit against the hospital, in which the alleged that the hospital had breached the standard of care when they upper her dosage of narcotice pain fillers, and action which they further alleged contributed to her death.

The Maryland appellate court found that the informed consent evidence the plaintiffs supplied was relevant because it helped them establish their medical malpractice claim and the applicable standard of care. The evidence had not been presented on its own as an informed consent claim, thus the defendant hospital’s argument that it should not have been allowed was invalid.