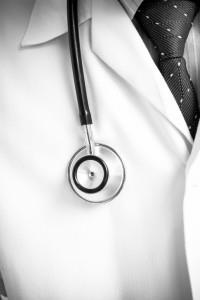 A federal judge rejected a defective medical device claim in a recent product liability lawsuit in Pennsylvania. Learn more about the claim and the rational for its rejection, below.

The plaintiff filed a product liability lawsuit after a surgery in which two N-Hance spinal fixation rods were implanted in his spine. Two years later, the plaintiff found that the rods had failed, leading to the fracture of his spine.

In response, the defendant medical device manufacturer "filed a motion to dismiss, arguing that a strict liability claim against it was impermissible."

The plaintiff argued that medical devices should be subject to equal or greater liability than most products because they can be manufactured in a way such that they are more fit for their purposes. In making the argument, the plaintiff attempted to make a distinction between medical devices and prescription drugs, which are excluded from the strict liability standard.

The federal judge with the U.S. District Court for Eastern District of Pennsylvania rejected this argument, noting that prescription drugs could also be manufactured in a way to make them more fit for their purposes. "Like prescription drugs, medical devices are known to cause possible harm, but the risks are outweighed by the benefits they provide for patients who need them," he noted.

"The federal judge did allow, however, the plaintiffs to proceed with their claims for manufacturing defect, negligent design, negligence per se, and failure to warn against the defendant spinal implant manufacturer," according to medicalmalpracticelawyers.com.