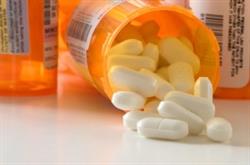 The family of a man who died because of a gallbladder has filed a medical malpractice law suit against the hospital. The wife and two sons of the decedent claim that the surgeon who performed the gallbladder displayed negligence when performing the procedure. The suit also alleges the nurse practitioner prescribed the surgeon patient a large dose of narcotics that were supped to help cancer patients heal more efficiently.

The deceased was 65-years-old. He has the gallbladder surgery on January 14, 2013. The plaintiffs claim that this was not the first moment of negligence demonstrated by the surgeon. Allegedly the defendant was negligent before, during, and after the extensive procedure. Because of the complications caused by the supposed mistreatment, the man returned to the emergency on January 18. The patient was sent home with oral antibiotics. A week later, the decedent returned to the emergency room, where he as diagnosed with sepsis. On February 2, he died.

According to reports, the defendant nurse practitioner has been involved in similar claims before. Reports suggest,

The defendant nurse practitioner reportedly pleaded guilty in June 2015 to charges that she received $83,000 in illegal kickbacks from a pharmaceutical company between January 2013 and March 2015 in exchange for prescribing a powerful narcotic pain medication typically used in treating cancer patients, which she allegedly prescribed to patients who did not have cancer.

The defendant was allegedly amongst the top 10 prescribers in the nation, allowing them access to the most potent substances.