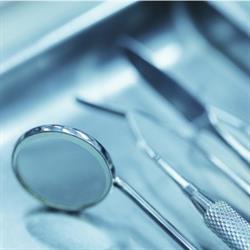 The now 42-year-old woman had a root canal performed on her by the defendant dentist on March 15, 2011. "The plaintiff alleged in her dental malpractice lawsuit that her dentist had cut too far down during the root canal procedure, allowing the sealer used during the procedure to flow into the woman’s haw and impair the mandibular nerve," according to medicalmalpracticelawyers.com.

She now experiences chronic pain that has had a profound impact on her life. The pain affects the quality of her sleep, leaving her constantly fatigued. The medications she uses to control her pain add additional fatigue. The woman, who is a corporate executive, now must work from home due to pain and must take a nap during the day due to fatigue. She alleged in her lawsuit that her pain was affecting her relationship with her children, and that her husband now sleeps in another room in order to sleep through the night.

Treatment options for the condition are both highly risky in that they could both result in even more pain, or permanent loss of sensation in the are of her mouth and face, according to expert witnesses for the plaintiff. "The defense argued what it called the ‘nocebo effect’: the woman’s pain exists, but it derives from her mind and not from the actual nerve damage.

The trial jury awarded the $4.5 million verdict after a 3-week trial in the dental malpractice case. $4,335,000 of the verdict was awarded in noneconomic damages.