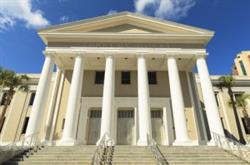 The Florida Supreme Court recently ruled that the state’s cap on noneconomic damages is not retroactive, meaning it does not apply in cases in which the cause of action (the event which precipitated a medical malpractice suit) arose before the cap became effective, which was on September 15, 2013.

The medical malpractice case that precipitated the Supreme Court’s decision was filed in 2006 against a defendant doctor as a result of an incident that occurred in 2003.

The plaintiff had been diagnosed with melanoma in 2002, and had surgery in December 2002 to remove a cancerous tumor from her leg. Though she was advised that the tests showed no melanoma remained in her leg, she sought a second opinion from a second surgeon. This surgeon recommended further surgery to make sure the melanoma was completely removed.

This second surgery was performed in January 2003. After the surgery she developed an infection and required hospitalization for post-surgery complications. These complications persisted until April 2003. As a result, she suffers from permanent mobility issues, pain, and swelling.

The plaintiff and her husband filed a medical malpractice suit against the second surgeon in 2006.

The trial jury awarded the woman noneconomic damages in the amount of $1.45 million. After the verdict, the defendant surgeon moved to reduce the award to $500,000 pursuant to the cap on noneconomic damages in medical malpractice cases in Florida. The trial court denied the motion, and the defendant surgeon appealed. The appellate court reversed the trial court’s decision, stating that it was "constitionally permissible to retroactively apply [the cap] because the wife had no vested right to a particular damage awarded and thus suffered no due process violation."

The Supreme Court reversed the appellate court’s decision, and remanded the case to the trial court so the original verdict could be reinstated. The Court held that because the medical malpractice cap was a substantive statute, it could not be applied retroactively, as this would infringe upon "a litigant’s substantive and vested rights." The Court further held that a procedural or remedial statute can operate retrospectively.