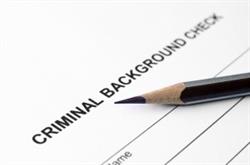 A new law signed in April by Governor Larry Hogan will require physicians who are applying for a medical license in the state of Maryland to submit to a criminal background check during the application process. The law came about after it was discovered that a Maryland physician who was charged with sexual assault in 2014 had a conviction for rape in Florida in 1987 that the Maryland State Board of Physicians had allegedly failed to uncover when he applied for his medical license in Maryland.

The new law will go into effect on July 1, 2015, and will require that all applicants for a Maryland medical license undergo a criminal background check. If the background check uncovers a crime, the Maryland State Board of Physicians will consider a number of factors in deciding whether or not to grant the applicant a license. This includes the nature of the crime and circumstances surrounding it, the applicant’s age at the time of the crime and length of time that has passed since, as well as their work history, references, and other evidence that would suggest the applicant poses a threat to public health or safety.

The incident that led to the new law involves a Maryland physician who "was charged in April 2014 with sexual assault for allegedly assaulting a female patient at an urgent care facility in Maryland." Prosecutors dropped the charges after he voluntarily gave up his medical license. The Maryland State Board of Physicians then discovered that the physician had been convicted of rape in Florida in 1987, but that this information had not been fully disclosed when he applied for a Maryland medical license.

The same physician also recently settled a wrongful death malpractice case, originally brought against him in 2010.