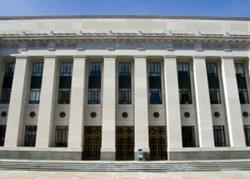 The Supreme Court of Tennessee recently overturned a verdict in a medical malpractice case in favor of the defense, and ordered a new trial. The court held that the trial court had erred in excluding a portion of the testimony of an expert witness for the plaintiff, and that it was more probable than not that this had influenced the verdict of the jury.

The plaintiff was suffering from severe back pain and went to the defendant orthopedic surgeon seeking treatment. The surgeon recommended physical therapy and pain management, but these did not reduce his pain. The surgeon then proposed surgery with the use of a bone-grafting product called InFuse, which the plaintiff accepted.

After the surgery, the plaintiff developed an ectopic bone growth at the site of the fusion, and as a result continued to experience severe pain. This is a known potential complication of the use of InFuse.

The plaintiff claimed that the surgeon did not advised him of the risks associated with the use of InFuse, and thus had failed to obtain his informed consent.

The defendant surgeon asked the trial court to limit the plaintiff’s expert witness’ testimony about the potential risks of InFuse to only the risks that actually occurred to the plaintiff, i.e., the ectopic bone growth. This is despite the fact that there are other risks associated with Infuse.

The court ruled that, "The fact that a risk did not materialize during or after surgery is not a determining factor in whether it should have been disclosed to a patient before surgery," according to medicalmalpracticelawyers.com. "Accordingly, the jury should have been allowed to hear the plaintiff’s expert’s complete testimony about the risks of Infuse, as such evidence would have been relevant under Tennessee Rule of Evidence 401 in the jury’s assessment of what a prudent person would have decided if properly informed of all significant risks."