C. Difficile Infections Affect Half a Million Americans Every Year 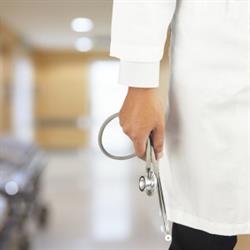 A new study released by the Centers for Disease Control and Prevention (CDC) found that nearly half a million people in the United States suffered from C. difficile infections in a single year.

What is C Difficile?

Clostridium difficile (C. difficile) is a bacterial infection that leads to inflammation of the colon and potentially deadly diarrhea.

"C. difficile has become the most common microbial cause of healthcare-associated infection in U.S. hospitals and costs up to $4.8 million each year in excess health care costs for acute care facilities alone," according to the CDC. In Maryland, the rate of C. difficile is 16% higher than the national average.

Why is C. difficile the most common healthcare-associated infection?

C. difficile is the most common healthcare-associated infection because "Patients who take antibiotics are most at risk for developing C. difficile infections…studies have shown that 30 percent to 50 percent of antibiotics prescribed in hospitals are unnecessary or incorrect." The CDC continues:

"When a person takes broad-spectrum antibiotics, beneficial bacteria that are normally present in the human gut and protect against infection can be suppressed for several weeks to months. During this time, patients can get sick from C. difficile picked up from contaminated surfaces or spread person to person. Unnecessary antibiotic use and poor infection control may increase the spread of C. difficile within a facility and from facility to facility when infected patients transfer, such as from a hospital to a nursing home."