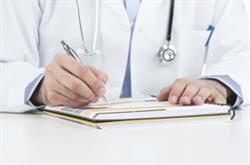 Maryland does not currently require plaintiffs in a medical malpractice suit to provide the defendants with a pre-suit notice prior to filing the suit in court. However, a new bill filed in the Maryland Senate during the current legislative session could change that.

The bill would require that persons wishing to file a medical malpractice suit first must provide their allegedly negligent health care provider with a written pre-suit notice that they intended to do so at least 180 days before they would be allowed to file their claim. In Maryland, medical malpractice claims must be filed with the Maryland Health Care Alternative Dispute Resolution Office, which would be allowed to waive the requirement for a pre-suit notice "upon motion and for good cause shown."

The pre-suit notice would require the following information:

Why Do Pre-Suit Notices Exist?

Pre-suit notices are ostensibly about encouraging parties involved in a medical malpractice suit to settle before the suit reaches litigation, which proponents allege reduces costs associated with malpractice but still allows victims to get relief.

However, the practice makes it more difficult for victims to obtain justice by delaying their ability to file a suit by 6 months. In addition, pre-suit notice requirements have been met with constitutional challenges in a number of states. In Washington state, for example, a pre-suit notice was instituted but then declared unconstitutional in 2010, and repealed in 2013. The notice was declared unconstitutional on the grounds that it was a violation of the separation of powers, as the judiciary has the authority to establish court procedural rules, yet the legislative branch was imposing a procedural rule on the courts with the requirement of a pre-suit notice.

You can voice your opinion on this and other active legislation in the 2015 legislative session at the General Assembly of Maryland’s website.