$63M Verdict Against Johnson and Johnson Upheld in Massachusetts 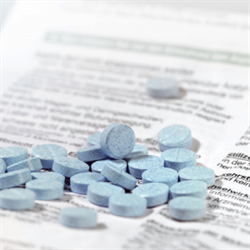 A $63 million verdict against health care company Johnson and Johnson was upheld in the Supreme Judicial Court of Massachusetts on April 17. The court is the highest appellate court in Massachusetts.

The case concerns a child who developed toxic epidermal necrolysis as a seven-year-old in 2003. Her parents alleged that their child developed the disease as a result of exposure to ibuprofen in Children’s Motrin that she took. TEN has been associated with the exposure to ibuprofen. They claimed that the warning label did not warn consumers about this risk, thus rendering the product defective. "Children's Motrin is manufactured and sold by Neil-PPC, Inc. (doing business as McNeil Consumer & Specialty Pharmaceuticals ("McNeil")), and Johnson & Johnson is McNeil's parent company."

What is Toxic Epidermal Necrolysis?

Toxic epidermal necrolysis (abbreviated as TEN) is a rare but life-threatening skin disorder, in which at least 30% of the skin is attacked by the disorder, causing severe rashes, blistering, and damage to mucosal membranes throughout the body.

The child experienced a large number of symptoms as a result of TEN, including:

As a result of these and other complications caused by TEN, she remains dependent on others to assist her with her daily life, and due to her pulmonary deficiencies and low body weight she will always be at a disadvantage when fighting disease.

The jury trial was held in January and February 2013, where the "jury awarded the child $50 million in compensatory damages and awarded the parents $6.5 million each, for their loss of consortium claims," according to medicalmalpracticelawyers.com.

The defendents raised two claims on appeal, both of which were rejected by the Supreme Judicial Court of Massachusetts.