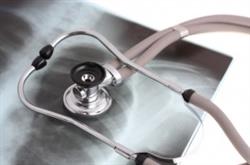 A woman whose bariatric surgery resulted in permanent brain damage has won a $9.4 million medical malpractice verdict in a federal court against the bariatric surgeons who performed the surgery. Learn more about the case in our blog.

The Illinois woman had bariatric surgery in February 2010. At the time of the surgery the woman was taking a blood thinner. During the surgery, she was given an anti-coagulation medication. Anticoagulants are intended to prevent blood clots. The combination of the anticoagulant and the blood thinner led to internal bleeding and a loss of blood flow to the brain, which resulted in brain damage.

As a result, the woman is now cognitively impaired, uses a wheelchair, and requires 24/7 care. Prior to the surgery she home-schooled her four children, but she now lives with her three sisters in order to get the constant care she requires.

The woman "had previously settled her medical malpractice claim against the hospital for $5 million," according to medicalmalpracticelawyers.com. The defendants may appeal the verdict, according to the attorney for the defendants.

What are the risks of bariatric surgery?

The risks associated with bariatric surgery include: