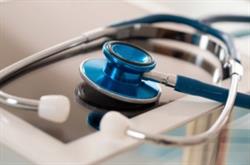 A couple in West Virginia filed a medical malpractice suit against two radiologists and other healthcare parties as a result of their alleged failure to diagnose the man’s spine fracture from a CTA scan. They claim that had the fracture been diagnosed in a timely fashion, the man would have been able to have surgery to repair the fracture and recover from it. Instead, he went a year without knowing he had a spine fracture.

In 2011, the man fell and fractured three ribs. Two weeks after the fall he developed chest pain, and a month after the fall he went to the emergency room as a result of chest pain and back spasms that rendered him unable to walk or change position. He relayed his symptoms to the emergency room physician, who then ordered a number of radiology studies, including a chest CTA scan, chest AP/PA, lateral x-ray/ribs AP/PA, and oblique x-rays.

He was discharged from the hospital but still dealt with severe pain. One year later, "a physician ordered further x-rays that were interpreted by one of the radiologists who had interpreted his December 2011 radiology studies," according to medicalmalpracticelawyers.com. "This time, the radiologists allegedly diagnosed the T-8 fracture and commented that the fracture had progressed when compared to the earlier radiology studies. It was not until January 3, 2013, that the man learned for the first time that he had suffered a T-8 fracture."

In the lawsuit, the plaintiffs allege that the radiologists who interpreted the studies ordered by the emergency room physician failed to diagnose the T-8 fracture visible on the CTA scan. Their reports only include notes of degenerative changes in the thoracic spine.