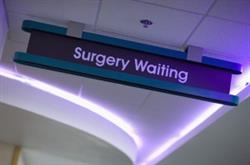 In Michigan, a $21 million medical malpractice verdict has been awarded to the family of a woman who died two months after she had an unnecessary brain surgery performed due to an alleged hospital mixup.

The 81-year-old woman suffered a heart attack in October 2011, and was admitted to the defendant hospital in January 2012, "for surgery on her jaw to address bilateral jaw displacement. Allegedly, her CT scan results "were mixed up with the CT scan results of another patient who had bleeding in her brain." "Due to the mix-up of radiology results, the medical providers believed that the 81-year-old woman was suffering from serious bleeding in her brain that needed emergency brain surgery."

The surgery commenced, and continued until the surgeons found that she had neither bleeding in her brain nor a skull fracture. The surgery was then completed, and the family of the woman were informed that "there must have been a mix-up of patient radiology studies." However, the family was not actually aware of the full extent of the alleged mistakes until they heard testimony at the trial.

After the surgery, the woman lived for 60 days. She died in hospice care after being disconnected from her ventilator.

Despite the high verdict, "In light of the woman's advanced age, underlying medical conditions, and life expectancy under the circumstances, it is likely that post-trial motions will be filed and will result in the $21 million medical malpractice verdict being reduced substantially," according to medicalmalpracticelawyers.com. "The defendant hospital continues to deny any wrongdoing and has vowed to appeal the jury’s verdict."