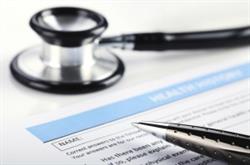 A recent decision in a Maryland medical malpractice orthopedic surgery case found that the defendant orthopedic surgeons were not negligent in their treatment of a patient, due to the patient’s failure to appear for scheduled in-office appointments, as well as the fact that he transferred his care to another medical practice during treatment, rendering the defendants unable to monitor his post-surgery progress.

The plaintiff was a a man who injured his arm while trying to lift a gate. He sought treatment, and 6 days after the injury "the dendant orthopedic surgeon performed surgery on the man’s left arm to repair a ruptured biceps tendon," according to medicalmalpracticelawyers.com.

A few days after the surgery, the man began to experience pain in his left arm from the shoulder down to the hand, including numbness, tingling, and a burning sensation. He returned to the surgeon, and the surgeon told the patient that he was suffering from wrist drop caused by nerve paralysis. The surgeon advised him that the condition could resolve itself with time, and that if occupational therapy did not improve the condition within 3-6 weeks, that an EMG could be ordered to further diagnose the injury.

After changing doctors, the plaintiff had en EMG that showed severe, chronic, nerve damage, and another EMG 5 months later showed "only moderate improvement."

According to the plaintiff, the surgeon breached the standard of care in the failure to "order a neurosurgical consult and by failing to order an EMG within three to six weeks after the surgery."

The defendants countered that because the plaintiff did not appear for a number of in-office appointments, and then transferred care to another doctor, that they were unable to monitor his condition and use the information they would have gathered to order further diagnostic testing. They also alleged that the nerve injury in his arm was far from the surgical site, and that an exploratory surgery 3 years later found no injury to any nerve.

The jury returned in favor of the defendants.