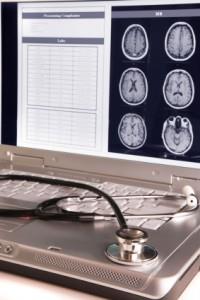 The victim of a stroke received a $7.4 million medical malpractice verdict in a case that saw the jury find both the plaintiff and defendant to be negligent, but placed 61% of the blame for the stroke on the defendant.

On May 14, 2010, the 56-year-old plaintiff went to his primary care physician. He had experienced dizziness, confusion and numbness before the visit, but the defendant physician alleged that the plaintiff had not told him of these symptoms during the visit.

While the man had a number of risk factors for stroke including age, high cholesterol, diabetes, smoking, and slight obesity, the doctor prescribed an additional blood pressure medication and told him to return in 4 weeks.

Two days after the doctor’s visit, the man suffered a serious stroke, with a blood pressure reading of 280/150. The stroke left him in a wheelchair, and he now has upper extremity weakness for the rest of his life.

The main alleged that his primary care physician had breached the standard of care because he did not conduct diagnostic testing despite his high blood pressure reading, known risk factors for stroke, and failure to admit him to the hospital during the May 14 visit for further diagnostics and treatment.

The defendant physician said that he had not breached the standard of care because he had treated the high blood pressure with medcation, and alleged that the man had not told him of the symptoms he was experiencing prior to the May 14 visit.

The trial jury found that both parties were negligent, but the defendant physician had 61% of the blame for the man’s stroke and resulting injuries.