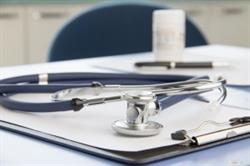 A woman whose husband committed suicide after receiving a terminal cancer diagnosis, which turned out to be incorrect, has filed a federal medical malpractice wrongful death case against the Phoenix VA Medical Center, where her husband was being treated.

The man, an Army veteran, had been diagnosed with colon cancer in 2010, and told that if he received proper medical care he could expect to live another 5-6 years.

In the medical malpractice lawsuit, the plaintiff "alleges that the man received too much radiation while undergoing cancer treatment that resulted in lung problems and a decreased immune system," according to medicalmalpracticelawyers.com. The man’s wife also alleges that a lack of available appointment slots at the Phoenix VA Medical Center forced her husband to seek treatment at the emergency room of a different VA Medical Center multiple times, and that once he was told to go home because he didn’t have an appointment, even though his colon cancer symptoms were severe.

On October 4, 2012, the man began experiencing shortness of breath. He was admitted to the Phoenix VA Medical Center. "A lung procedure was allegedly performed negligently at the hospital, allowing fluid to enter the man’s lung."

The next day, "the man and his wife were advised that he had adenocarcinoma that had metastasized into his lungs, which meant that he had only a few weeks to live…Having witnessed a close friend’s terrible death from terminal cancer, the man committed suicide at home on October 8, 2012."

The next day, the woman received a phone call from the VA, telling her that the fluid around her husband’s lungs was not actually cancer.

She filed a formal claim with the VA pursuant to the Federal Tort Claims Act, seeking $2.5 million for her husband’s death. The claim was denied, prompting her to file her federal medical malpractice lawsuit.