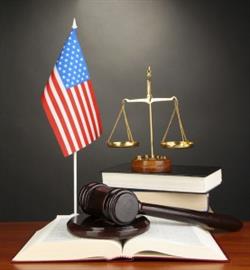 Freddie Gray, an otherwise healthy 25-year-old man, sustained a severe and traumatic spinal cord injury while being transported by a police van. While the details are still unclear as to exactly when and how his injuries were caused, Mr. Gray fell into a coma while in the police van and was taken to the University of Maryland R Adams Cowley Shock Trauma Center where it was revealed that he had experienced 3 broken vertebrae, injuries to his voice box, and his spine was 80% severed at the neck. After spending a week in a coma, he succumbed to his injuries.

The city of Baltimore accepted civil liability in Gray’s death and has agreed to pay out $6.4 million to his family over the course of 2 years. While the city does not acknowledge police misconduct, the settlement was quickly agreed to as a way to avoid lengthy litigation and avoid costing taxpayers more money in damages. This spinal cord injury settlement is more substantial than the 120 other brutality and misconduct lawsuits brought against the BCPD since 2011 combined.

This payout is much larger than most Baltimore wrongful death settlements. Only 6 settlements have exceeded $200,000 since the year 2011.