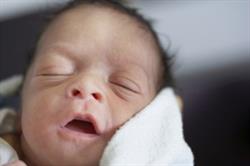 What is spastic quadriplegia cerebral palsy?

While many types of cerebral palsy are characterized by paralysis, spastic quadriplegia is known for causing uncontrollable stiff and jerky movements. This is caused by hypertonia of the muscles which causes muscle spindles to be easily excited and reduces the inhibition of synapsis, thus leading to muscle spasms. Spastic quadriplegia generally affects all four limbs in equal measure but some patients experience symptoms in one or more limbs. If spasms do not occur in all four limbs it is known either as spastic triplegia (affecting three limbs), diplegia (two limbs), hemiplegia (one side of the body), or monoplegia (one limb).

Symptoms of spastic quadriplegia tend to present early on and are generally discovered when a child does not progress through the normal stages of motor development. It is often identified when children are as young as three months and almost always by two years old. If you begin to notice your child struggling with normal development such as an inability to control head movements then it is important to contact your doctor to rule out the possibility of cerebral palsy.