Cerebral Palsy and Birth Injury Malpractice: What You Need to Know 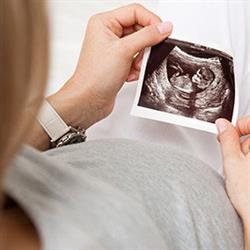 Cerebral palsy is a complex disorder that affects roughly half a million Americans, making it one of the most common disorders in the country. While there are myriad ways in which cerebral palsy can be caused (some of which are not fully understood), it is not uncommon for injuries sustained during childbirth to result in the disorder, offering grounds for a medical malpractice lawsuit. Learn more about birth injuries and cerebral palsy in today’s blog, below.

Cerebral Palsy: What is it?

Cerebral palsy in a neurological (i.e. brain) disorder that negatively impacts motor functioning. It can occur on a spectrum with the severity of symptoms ranging from mild to severe. Palsy means paralysis and the name refers to the fact that it causes certain parts of the brain to go dormant, leading to problems with movement including spasms, difficulty with depth-perception and balance, or stiffness and difficulty moving limbs.

In the medical community, the causes of cerebral palsy is still somewhat of a mystery. It is unknown exactly how an infant develops the disorder, which comes about due to brain malformation or injury that occurs before, during, or soon after birth. Some experts believe it is caused by infection in the mother shortly before birth while others believe that infant brain injuries can develop into cerebral palsy. It can also develop after an infant has spent too long deprived of oxygen after birth, sustained an injury due to improper use of birth instruments such as forceps and vacuums, or experienced labor that lasted more than 18 hours. There have been numerous cases of families winning malpractice lawsuits related to cerebral palsy caused by birth injuries: read more in our blog here, here, and here.

As mentioned, cerebral palsy occurs on a spectrum with symptoms ranging from mild to severe. If you suspect your child may have sustained a birth injury that has lead to the development of cerebral palsy, here are a few symptoms to look out for:

If you believe that your child’s cerebral palsy was caused by a birth injury, speak to an experienced medical malpractice lawyer who can help you win the damages you deserve.