Medical Malpractice Suit Filed After Death of Child at Hospital 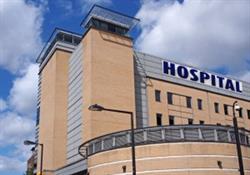 A medical malpractice suit has been filed against a defendant hospital in California after a 20-month-old child died while recovering from surgery in the hospital. Learn more about this case below.

Medical Malpractice Suit Filed After Death of Child at Hospital

The 20-month-old child had surgery on May 23, 2014 at the defendant hospital. The hospital described the surgery as successful. After the surgery, the child spent a few days in the ICU, after which he was transferred to another hospital ward on May 30, one week from the date of the surgery.

The child’s condition was reported as stable as of June 1, and he seemed to be recovering from surgery. However, he died on the morning of June 2.

The child’s mother alleges in the medical malpractice lawsuit that her son had died from too much sedation or aspiration, which led to hypoxia, which is a deficiency in the amount of oxygen reaching the tissues in the body.

The lawsuit also alleges "that the defendant hospital was at fault because the child did not have his vital signs monitored at the time he stopped breathing as a result of being given an overdose of pain medication. Because the child's vital signs were not being closely monitored, the hospital's nursing staff was not warned that the child was in distress in time to properly respond to the dire situation and save his life," according to medicalmalpracticelawyers.com.

The hospital performed an autopsy to determine the cause of death, but as of now the results have not yet been released.

Sedation is an important part of the process of surgery, but it also comes with a number of inherent risks. To learn more, read our blogs on anesthesia erros and medical malpractice, and a study last year that looked at anesthesia-related malpractice.