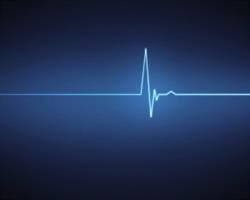 Misdiagnosis is one of the many forms of medical malpractice, and it can occur with any illness or injury. In a recent case in Georgia, the alleged misdiagnosis of a heart attack resulted in the death of the victim, and a $3.5 million verdict for her surviving husband. Learn more about this case and misdiagnosis, below.

The victim was a woman who was working at the same hospital where the alleged misdiagnosis occurred in 2011. She was working one day and was experiencing nausea and abdominal pain. One of the defendant surgeons in the case offered either to admit her to the hospital or to send her home for the day. She went home, but when she got home her husband observed her condition and told her to go back to the hospital.

She returned to the emergency room of the hospital with severe abdominal pain. Emergency room staff evaluated her for gastrointestinal issues. They did not consider the possibility that the abdominal pain was being caused by a cardiac issue. Therefore the staff did not perform a electrocardiogram (EKG). The plaintiff in the medical malpractice suit alleged that had they performed an EKG at that time, it would have shown that the woman was about to have a massive heart attack which could have been prevented with the right diagnosis and treatment.

The next day, an EKG was performed. However, no physician was available to interpret it at the time. She later died from a heart attack.

The jury found that two defendant physicians were responsible for the death of the woman, and will split the burden of the $3.5 million verdict. A defendant internist was also found to be 20% responsible. The hospital had settled with the plaintiff prior to the trial.